Hundreds of inmates are about to be set free from prisons all over Europe after serving their sentences. The biggest number of releases is expected to happen in France since the country makes the highest number of convictions for terrorist offenses. Europol stated this issue poses a direct security threat in the European Union. France ranked as the 31st least peaceful European country (out of 36) in 2020. This indicates that France?s battle with islamophobia and jihadist terrorism is far from being over.

Terrorism has always been a cheaper and simpler way of destruction compared to conventional warfare. It?s easy to find the hurt, lonely and often excluded people, who would give up anything to demolish a country or an ethnic group. No need for an army or evacuation plan, it?s enough to get a few people with bombs attached to their bodies. These features can characterize terrorism well, but it?s easier to recognize the symptoms when we have a more accurate term to describe this phenomenon.  The problem is we don?t. One reason why there is no direct definition of the term ?terrorism? is because it would make it harder to account for publicly approved, organized armed violence. ?Terrorism is different from murder, assault, arson, demolition of property, or the threat of the same; the reason is that the impact of terrorist violence and damage reaches more than the immediate target victims?[1] This scheme got even more violent in the past years, famous terrorist expert Walter Laqueur talks about ?old? and ?new? terrorism. The main thing which differentiates one from the other is that new terrorism indiscriminate when it comes to casualties. There are no defined targets anymore. But from which point in time can we talk about this new approach? The evolution of terrorism can be differentiated into four waves. The First Wave was in the 19th century, the second was from around 1921 to the 1960s when the Third Wave hit, and the Fourth Wave is what we live in today. This phase started with the 9/11 attack in New York. The Fourth Wave of terrorism is the religious justification of killing people, with the use of modern technologies and WMDs. (Weapons of mass destruction)

Based on a report of the International Centre for the Study of Radicalisation (ICSR) from April 2019 to June 2020, there are an estimated 1414 people held in custody for terrorism-related offenses in ten European countries[2]. Almost fifty percent of them (558) are in French prisons. The report also mentions that the management of these criminals is especially hard as their sentence lengths and backgrounds are different. At the intake of a new male inmate, the authorities have to decide whether to put him into a high-security institution or a different wing of the prison or leave him with other inmates. According to ICSR, the strict separation of female inmates is not yet necessary, based on the so-far available data. The radicalization by high-profile inmates indicates the separation of these people from others, although the growing number of them makes separation harder. When the so-called ?high-profile? prisoners are not isolated from the others, radicalization and recruitment are not the only dangerous elements. When a well-known inmate arrives, it is possible that their fellow prisoners would take the chance and assault or murder the convict as a mean of taking revenge for a particular act of terrorism.

Prisons have always been a ?center of gravity? for extremists, but recent data shows that the number of re-offenders is on the rise. Belgium observed that inmates do not tend to file a request for early release, because this way they don?t have to agree on probation measures or any condition after their discharge.[3] As an inmate stated, it is not a big deal to be locked up for 5 or 8 years if the person was ready to give up his life for an attack. The problem with the release of such detainees came up last year, after various terrorist attacks attempted by freshly released and radicalized people.  For example, this was the case with 20 years old Sudesh Amman, who carried out a knife attack in Streatham High Road, England in 2020 February. The incident left the attacker shot dead by police, and three people injured. Throughout 2019 and 2020 several attacks were committed on French soil.

The new terrorist wave in France provides opportunity to the rise of far-right movements. The leader of the right, Marine Le Pen expressed her concerns this April after a French police officer was stabbed by a Tunisian immigrant, residing illegally in the country for a decade. She said that France needs ?to expel hundreds of thousands of illegals in France. We need to return to reason. Support our police, expel the illegals, eradicate Islamism.? As of 2020, France has more than 5 million people defining themselves as Muslims, which means around 7% of the population. This number is much likely to grow because of the higher birth rate among Muslim families and migration is still a determinative factor in Europe?s demographics. This factor is important, considering that  82% of the extremist offenders are driven by jihadist ideology. Prime Minister Emmanuel Macron made a promise to stabilize the situation, because French citizens ?have a right to a peaceful life?. Many of his opponents questioned this promise, with polls suggesting the 2022 election?s main topic will be security. Macron?s goal is to create an ?enlightened Islam? and battle secularism. Last September, the President told in a speech at UN General Assembly, that France?s priority is to stand and fight united against terrorism. On 28 March 2019, the first Agenda was accepted by the UN Security Council to battle terrorism.

From November 2015, an almost two years-long state of emergency was in effect in the country, which came to an end with the New Anti-Terrorism bill. It?s France?s answer in one act: it passed by the General Assembly in 2017 but not the Senate, as it has been sent back for revision after the Constitutional Council declared that it poses a threat to constitutional freedom. The bill would allow authorities to shut down mosques or religious groups when the sharing of a radical ideology is suspected. Members of the government would be able to confine individuals, who can only move inside their hometown and have to report to the police once a day. The divisive parts of this bill got criticized by the United Nations, a humans rights expert stated that these kinds of regulations endanger freedom of movement, privacy and religion, especially for Muslim citizens.

Recent year?s faces the problem that self-radicalized, ever-younger, isolated individuals are the ones committing terrorist attacks, who are completely off the national security?s radars, because they don?t have an extremist background. In comparison, the terrorist attack on Paris in 2015 was committed by jihadists, who had fought in Syria and Iraq as well, therefore were well-known by the authorities. France has certainly made steps: a new position was created in 2019, called the national counterterrorism and intelligence coordinator and +1900 more intelligence officers were recruited. As a sign of hardening anti-terrorism laws, the government plans to use algorithms to monitor not only social media but suspicious online searching history. For example, security services could put someone on their watchlist, when searching the word ?beheadings?.

Imprisonment because of ?terrorist criminal association? is a term used in cases when a direct correlation between an attack and a person isn?t provable. This verdict is special, only existing in France. This may explain the high number of convictions in the country.

The RIVE and PAIRS initiatives

The country started to fund a set of deradicalization programs for these convicts, radicalized by prison so that it would be easier for them to go back into society. While the rehabilitation process could improve their behavior, the creation and operation of these centers are not cheap. Until the end of 2017 the French government was meant to create 13 residential rehabilitation centers across the country. The Research and Intervention on Violent Extremism (RIVE) program was issued and started in 2016. Until 2018 twenty-two people took part in the program (twelve men and ten women) who were under judicial control. Some of them awaiting trial, some of them already incarcerated. Under the process they worked together with psychologists, psychiatrists and a Muslim chaplain who was also part of the program. The goal of the initiative was to reintegrate these people into society and prevent re-offending. Although RIVE came with undeniable hardships and failures to this day there has been no sign of recidivism among the participants. The RIVE got disbanded after 2018 and has been replaced with the PAIRS initiative. The two programs differentiated in place, staff members, methods and in the selection process as well. It cannot be told in simple one-worded answers whether this form of attempts for disengagement is a success since there are some re-offenders who participated in PAIRS. However, the complete closure of these programs would be contra-productive for sure.[4]

The future of France

The country is definitely on a bumpy road tackling terrorism while maintaining democracy and respecting civil liberties. Prime Minister Jean Castex mentioned that immigration and anti-terrorism policies are certainly connected, however the two areas cannot be managed as one, neither politically nor legally. With Covid-19?s effects slowly weakened in Europe, tensions among the French might be more visible. The terrorism we experience comes with a new approach: ?Today?s terrorists don?t want a seat at the table; they want to destroy the table and everyone sitting at it?.?[5] The 2022 elections will decide on France?s new approach.

Marc Hecker, ?Once a Jihadist, Always a Jihadist? A Deradicalization Program Seen from the Inside?, Focus strate?gique, No. 102 bis, Ifri, February 2021.

[4] Marc Hecker, ?Once a Jihadist, Always a Jihadist? A Deradicalization Program Seen from the Inside?, Focus strate?gique, No. 102 bis, Ifri, February 2021. 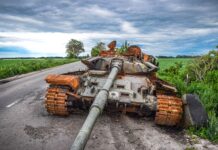 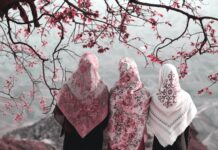 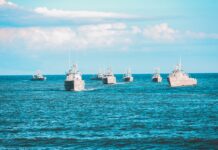 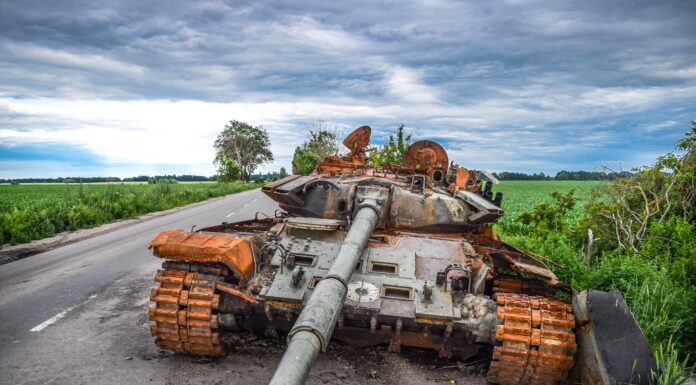