Hungary’s was hit by disasters many times in her history and based on the related experiences we can confirm that among them the floods are happening most frequently. Of course these events led to heavy losses in lives and goods. Based on the data recorded in 1980-2010 we have the following (circa) details in human and economic losses:

If we take a look on the following graph we can confirm that the probability of occurrence is the highest in the cases of floods:

We need to add however, that beyond on natural disasters there is a chance also for the so called “eco-disasters” and among them the most devastating happened in autumn of 2010, in the region of Devecser: the red mud (sludge) disaster. Elisabeth Rosenthal – as a person dispatched to the event site – gives for us a living description about this event: “…all changed around lunchtime on Oct. 4, when a corner of the sludge reservoir gave way after weeks of heavy rains, letting loose a tidal wave of thick red sludge that oozed its way over garden fences, onto front porches and into middle-class living rooms in Kolontar and Devecser, where lunches sat waiting on tables. Ten people were killed by the muck — most from drowning — and more than 100 had chemical burns from the highly alkaline mud that were serious enough to require hospitalization”.[1]

Almost three years later, in late May-early June of 2013, Hungary faced an extraordinary level of flood on Danube as a result of severe weather in Central Europe. The well-known news provider, Reuters, gave the following report on 10th June, 2013: “The Hungarian capital escaped damage from the swollen river Danube, which peaked at record high levels in Budapest overnight and started receding slowly on Monday morning, the city’s mayor said on Monday. Floods have forced tens of thousands of people to flee their homes over the past week in Germany, Austria, Slovakia, Poland, the Czech Republic and Hungary. At least a dozen people have died because of the deluge”.[2]

Based on the above mentioned events we can assume that for solving these huge threats and challenges there was an imperative need for effectively coordinated efforts among state agencies and local governments, municipalities.

This article seeks to show and explain some related features became valid for municipalities after these disasters (of course focusing on naturals due of larger chance of occurrence), especially from the view of the method “lessons learned”…

Some elements of cooperation among state agencies and municipalities

In the case of red mud catastrophe we saw that the importance of effective coordination and mutual assistance was extremely important in order to handle effectively the situation and to give accurate and adequate help for the suffering people. Elisabeth Rosenthal gave the following details: “The Hungarian government reacted swiftly to the disaster, deploying soldiers, firefighters, police, rescue workers, and scientists. They took samples of the mud to evaluate its chemical content, since sludge from bauxite processing can sometimes contain heavy metals and traces of radioactivity as well. They poured acid into the sludge-clogged local rivers — where all life perished immediately — to neutralize the alkaline spill and to prevent its caustic material from reaching the downstream Danube. With shovels and backhoes, teams of workers began removing the veil of sludge from Kolontar, hosing down homes, yards, streets — and even goo-covered animals. The prime minister initiated a criminal investigation, and police briefly imprisoned the reservoir’s owner, although he was later released for lack of evidence.”[3]

As a result of the red mud disaster many changes were introduced and initiated into the Hungarian Disaster Management Act, which were renewing the earlier existed roles and responsibilities of state agencies and of municipalities as well. One the most important element of this act was the creation of the National Directorate General for Disaster Management, Ministry of the Interior (NDGDM): “Its basic functions are protecting the lives and the property of the population living in Hungary and insuring the safe operation of the national economy and protecting the elements of the critical infrastructure. It is a highly important public safety task; therefore NDGDM is a law enforcement body with a national competence. Its main mission is preventing disasters as an authority; carrying out rescue operations in civil emergencies; organizing and controlling protection activities; eliminating the negative consequences of emergencies and performing reconstruction and rehabilitation”.[4]

As we can see based on the above mentioned description, the national level control and coordination was fixed by this law by the years of 2010-2011.

In 2013, short after the earlier mentioned “historical” flood happened the experts of disaster management and hydrology stated on a conference, that „based on the fact that in the history of irregular floods we measured extraordinary high level and they are happening in much shorter period we can assume, that the traditional tools in flood protection aren’t enough anymore”.[5]

Let us a take a short look now, what was needed to protect people and goods, especially in the case of Hungarian capitol, Budapest:

In order to handle effectively these shocking events there was an urgent need for effective cooperation among state, public, business and local stakeholders.

What happened exactly in 2013?

Basically, we can state that professionals are calling the 2013 flood „historical” because it meant horizontally and vertically and extreme high level of challenge not just for Hungary both for the whole Central European region.

The starting time period was in 30 May-03 June 2013, when on the upper (in Bayern and in Austria) section of Danube territories faced much more rain than average. As a result a lot of water arrived to the related smaller and bigger rivers, which raised the level of them quickly.

The formulation of this special weather situation is shown by an Austrian hydrology report through different satellite footages[6]:

As we can see above, this weather phenomenon moved to the South in a short time period and brought a lot of rain with it. In Hungary the following highest water levels (HWL) were measured in the upcoming days:

Based on the list we can confirm that older – sometimes decades long – HWL was overthrown on each measuring spots (expect of the city of Mohács).

Some elements and procedures of flood protection

In the following we can take a look on some procedures and elements of flood protection (due of limits of this paper and of the complex manner of these activities the list isn’t full):

Of course, the municipalities have had to do many things on the above mentioned fields, which arose not just from their geographical location but from legal aspects as well. These can be described via the hierarchy of legal sources, starting by the Basic Law (Constitution) and going to the lowest level of special regulation, unique rules.

It is important to take a short overview over these sources:

At this point we need to add however, that the above mentioned issues aren’t full because of the fact that disaster management (including flood protection) is a very complex task and procedure system. Its core elements are: effective preparation, successful protection and correct analyze of earned experience.

The existing disaster management system in Hungary is a result of last year’s disasters, with a special scope on red mud hit in 2010 and on the extraordinary flood of 2013.

After gathering and evaluating all of the data sets and related activities disaster management and hydrology experts stated, that in protection activities “the traditional methods played as important roles as modern (new) ones”.[12] Of course it means that “old school” solutions were mixed with “new school” elements, in which new measuring tools, new processes and new data elements are included.

On 30 May 2014, there was a conference organized in Baja focusing on “Flood danger in Hungary 2014”. [13] The participants, including professionals and members of municipalities made some very important remarks, such as:

Of course, the above mentioned fields are directly related to different municipality activities: many of them wouldn’t be reached without their help and support!

At this point it is important to take a look on the local experiences gained by municipality leaders, by local inhabitants or by business owners, however is impossible to give a full list of all of the remarks, suggestions and thoughts given by the above mentioned actors. That is why the author was choosing the methodology – based on internet resources – to provide some general description from the view of the related municipality activities:

The above mentioned list isn’t full, because there are many additional aspects as well, which are combined with some local specialties.

Based on this this short overview it is visible, that the flood in 2013 – as an example for extreme weather condition – occurred a complex flood protection challenge for Hungary. In order to handle it was needed nationwide cooperation. In these tasks the municipalities are playing very important role, in which the legal framework is as important as the locally well known, experience based or new, innovative solutions.

The flood protection is a long procedure, which means that it is not enough to handle it as a priority just in crisis situations (more attention is needed in “peace” time).

Due of the complex manner of related challenges the municipalities have to give complex answers too: it is needed to have engineering and social scope or basic knowledge related to many fields and creditable skills and abilities for effective implication procedures.

[1] Elisabeth Rosenthal: Hungary’s Red Sludge Spill: The Media and the Eco-Disaster, in: http://e360.yale.edu/feature/hungarys_red_sludge_spill_the_media_and_the_eco-disaster/2330/, date of download: 25 May 2014

[3] Elisabeth Rosenthal: Hungary’s Red Sludge Spill: The Media and the Eco-Disaster, in: http://e360.yale.edu/feature/hungarys_red_sludge_spill_the_media_and_the_eco-disaster/2330/, date of download: 25 May 2014 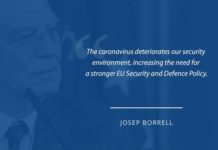 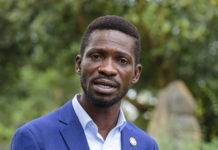 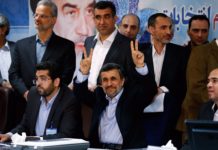 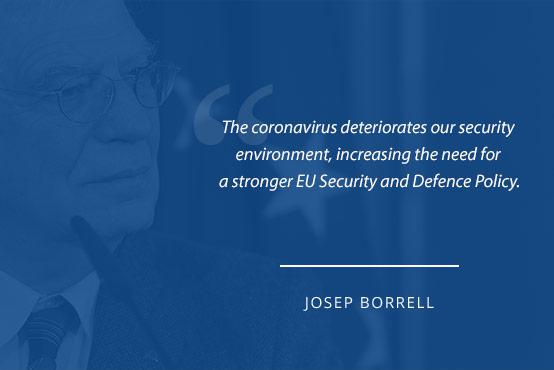